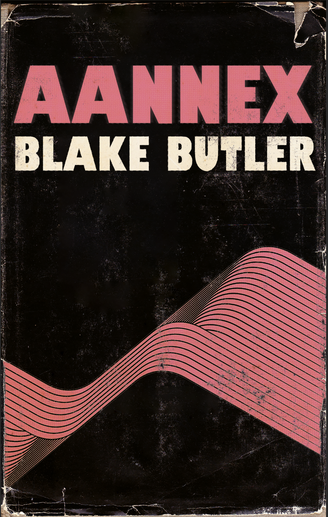 "The territory eclipsed under contamination via languo-viral synethesiastic shiv party highly dereformats the necessary extrapolation of interspecies mind-travel to the extent that thereafter what else is there? What loons must we have been to not already be on our knees, begging for extermination?"
—​Jerald L. Mooney, author of Qualitative Mass Analysis in the Era of Unlimited Loss

"Finally, an organic slophouse retrofitted with all the effects of a serial cryp-to-diuresia not seen on hologrid since Joss-Iridacticum Hallance's Rhomboid Articulations. Strap on your blood-fat feeder and prepare to drown."
—​S.F.A.X.I.X.R.M., Overlord of the Bliss Districts A(x)* through G


Incorporating hundreds of characters and cultural entities, spanning innumerable locations and billions of years, Aannex is a future-hacker’s maze-map meant to have already been mass-burned; a fakebook full of retroneuroviruses disguised as ecstasy for the condemned; a post-Joycean neo-slipstream sci-fi cult dream encyclopedia composed as algorithmic code compiled in-soul. Designed in a far future where the twin grandsons of Satan—Danad and Nadan—have retroactively rewritten the Holy Bible and therefore the course of human history in its wake, the precarious distinction between mass entertainment and mind control has gone so wonky even the zits who think they run the show can’t trace what’s what. Laced in the code: a bio-hybrid ex-contract killer travels through space-time seeking immortal vengeance on her autocratic overseers for their crimes…a claims specialist for Garko*Farx, the last remaining megacorporation, unpacks the kickback of finally investigating her bureaucratic complicity in the psycho-spiritual dissolution of all mankind…a former Top 40 producer turned warmonger laments the transmutation of his once aesthetic aspirations into the most formidable fascistic global death-dream ever conceived…all while the fundamental meta-rigging of a divine imagination reels for reformat against the collapsing cavity of narrative events, obfuscating fact and memory in the same process it might have used to set us free. Pressed to the virtual edges of an existence itself already pressed far beyond the revelation that nothing truly can be known, what else exists beyond the bleeding-rainbow-daze of logic’s hope? How might we aspire from beyond our future meaning’s mythic limits, or is it already too late? ​


Blake Butler is the author of seven book-length works, including Alice Knott (Riverhead), 300,000,000 (Harper Perennial), Sky Saw (Tyrant Books), There is No Year (Harper Perennial), Scorch Atlas (Featherproof Books), and Ever (Calamari Press), as well as the nonfictional Nothing: A Portrait of Insomnia (Harper Perennial). His fiction, interviews, reviews, and essays have appeared widely, including in The Believer, The New York Times, Bomb, Bookforum, and as an ongoing column at Vice. He is a founding editor of HTMLGIANT.