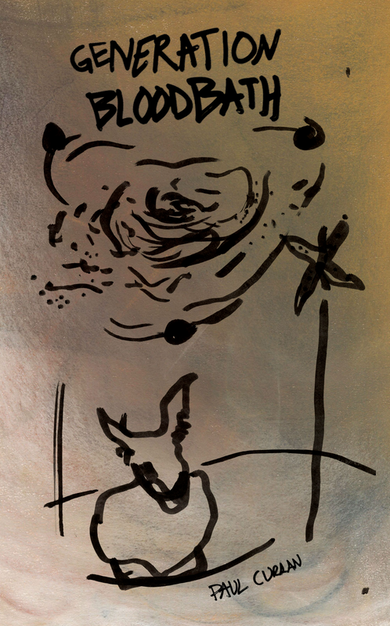 “It could actually be told in ten words. That is what makes it so awful.”
—​Maurice Blanchot, Death Sentence.

“All of this seems irrelevant next to that one sentence.”
—​Bret Easton Ellis, Less than Zero.

“Thanks for writing! Til Deth.”
—​Dave Mustaine, Megadeth.

​NO LIFE ‘TIL LITERATURE
​
Paul Curran was born in England, grew up in Australia, and lives in Japan. As a teenager, he played drums in heavy metal and alternative bands before switching to guitar as a founding member of Gravel Samwidge. His previous book is Left Hand. Other recent writing has appeared on SELFFUCK and in the Infinity Land Press Anthology. He’s currently writing a book about the Setagaya Murders.
​ISBN: 978-1-954899-76-6
142 pages
Paperback Price: $12.99
Buy from Amazon
Buy from Barnes & Noble
Buy from Bookshop
Read feature on Dennis Cooper's Blog